Arthur Osborne came to Tiruvannamalai in 1945 after the Second World War and, although he knew about him before, he met Bhagavan Sri Ramana Maharshi for the first time and formed a deep devotion to him which inspired the rest of his life.  He also attained an understanding of Sri Ramana’s teachings both intellectually and spiritually and in 1964 he was founder/editor of the ashram magazine The Mountain Path, which he carried on until his death in 1970.

Apart from writing about Bhagavan in Ramana Maharshi and the Path of Self-Knowledge which is the most accessible of biographies in English and editing and collating The Collected Works of Ramana Maharshi, Arthur Osborne wrote several other works including Buddhism and Christianity in the Light of Hinduism and The Rhythm of History.  During the war he was in a prison camp in Thailand and he said that those books were entirely written in his head by the time he was released.  It only remained for him to put them down on paper.

Arthur Osborne carried his considerable scholarship lightly. He never used a long word when a short one was sufficient. He sought and wrote of the essence on whatever topic he explored. A quiet, modest person who generally only spoke when spoken to, he was greatly respected by all who came in contact with him. 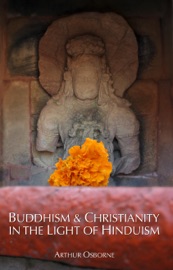