The Hindu god Ganesha has become popular in Western magick more than any other Eastern entity since interest in yoga and Eastern mysticism first captured the Western imagination.

With an overview of his cultural roots and an explanation of Ganesha's place in his native pantheon, this handbook enlightens the modern magician about Lord Ganesha's stories, his origins and mythology, the steps to perform a traditional Puja to Ganesha and even recipes for the sweets that are his favourite offerings.

Reflecting on his infiltration into mainstream Western society through art and decorating as well as some lesser known aspects of Lord Ganesha, best known as the Remover of Obstacles, suggestions for drawing Ganesha into modern ritual methods are included for all practitioners of the occult, witchcraft, paganism and ceremonial magick.

Whether one asks Ganesha's blessing on a crystal, sigil, talisman or other symbol, or chooses to perform a complete Puja in the traditional manner, Ganesha the benevolent elephant-headed god has much to offer in any system of magical practice or form of spirituality. 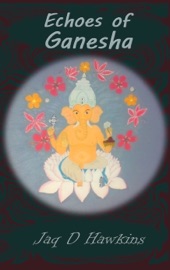